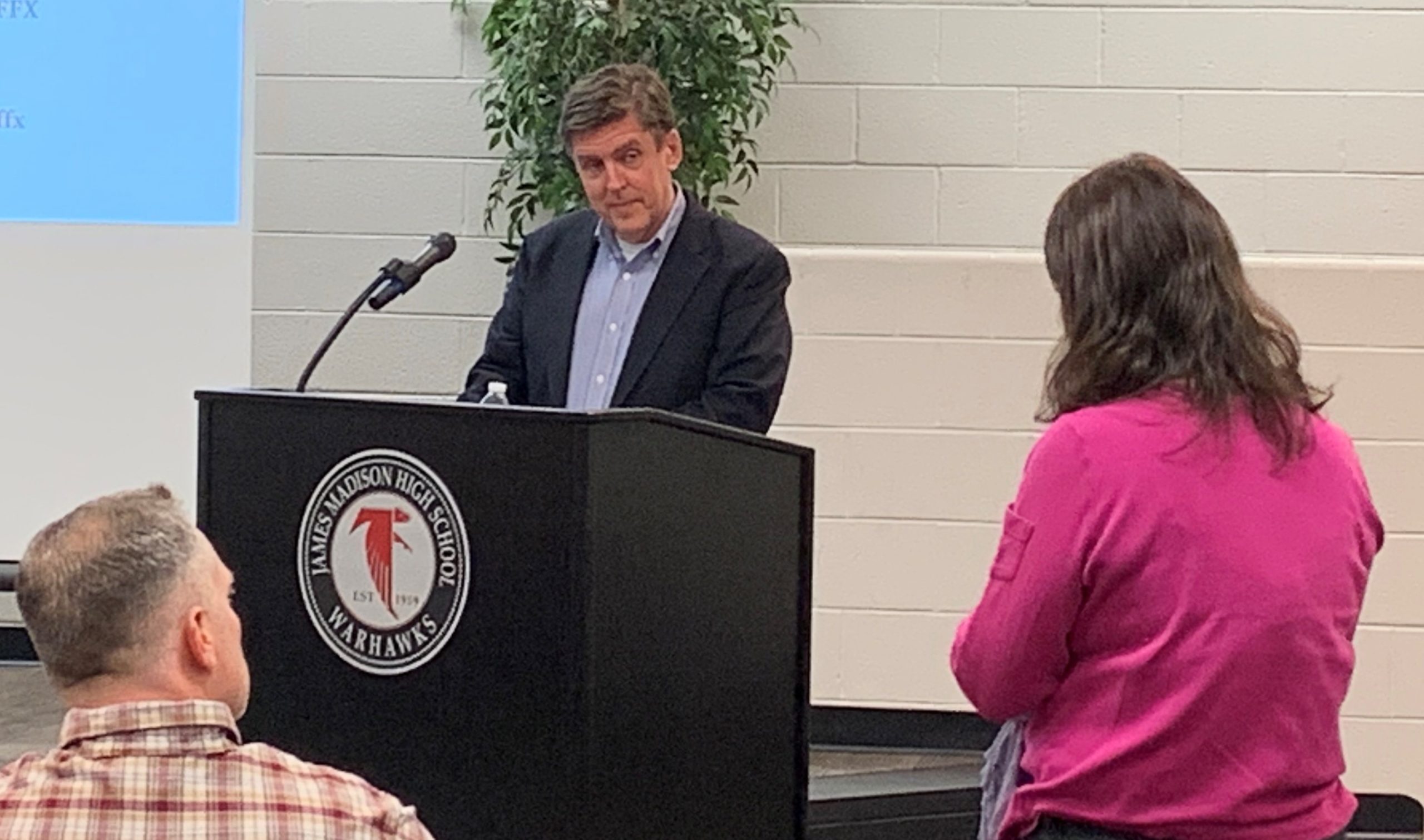 Walter Alcorn, along with some other Fairfax County supervisors, is looking at relaxing restrictions on single-family residences as a way to help ease the county’s affordable housing deficit.

“We are considering whether homeowners in areas zoned single family should have the right to use up to 1,200 square feet as a separate household for elderly parents or adult children returning to the area,” said Alcorn, elected supervisor for Hunter Mill District last November.

Alcorn said the county suffers from a housing deficit that poses a challenge for young adults returning after college or military service, and squeezes the elderly on fixed incomes. The overall lack of affordable housing may also discourage new businesses from locating here.

Alcorn made the comments at a town hall in Vienna’s James Madison High School on Feb. 26, which followed an earlier town hall in Reston on Feb. 3. At both events, meant to introduce Alcorn and his priorities to his constituents, housing was a major topic.

Alcorn was elected in November, replacing long-term incumbent Cathy Hudgins, after serving, among other posts, on the Fairfax County Planning Commission for 16 years.  Managing growth and land use are key topics on his agenda.

Other topics Sup. Alcorn dealt with in the town halls included:

Transportation safety.  Alcorn noted that several pedestrian fatalities have occurred in recent years, and that road crossing on foot at night was a particular problem.  Safety measures need to be improved and updated, including more widespread use of signs and signals for alerting drivers that pedestrians are crossing.

Climate change.   Alcorn favors a strong community-wide action plan that reduces greenhouse gas emissions in both county government and non-county operations.  One example cited was the need to make solar power a default assumption in new and refurbished county buildings.

Education.  Alcorn emphasized the need for better coordination between county and Fairfax County Public Schools officials on overcrowding. He also called for builders of new residential housing to pay more of the public facility costs associated with additional students coming from the new development.  He pointed out that some parts of the county lack facilities for early childhood education, which is a priority for the new supervisory board.

Alcorn also took questions on a number of topics, including:

Bob Leggett is a former intelligence analyst and military veteran with a doctorate in economics from Lehigh University. He is a member of Hunter Mill District Democratic Committee.